Great news!  The brain can continue to grow.  We are not born with all the cells we will have in our life. Let’s make this a LIFEies and examine what you can do to increase your brain power:

–Exercise—preferably outside
–Continue to learn, all the time
–Eat Chocolate (my favorite)

I own these already.  You can too.  Included below are more ways to grow your brain from the Wall Street Journal.

Rule #16 from my book The Fantastic Life: Don’t Waste Time
Move towards productivity and away from time-wasting. Imagine how you can grow and accomplish by increasing your brain power. Anyone can change their behaviors and enhance their brain’s capabilities. All it takes is a little effort.

The Power of Brains to Keep Growing

Not long ago, scientists thought that after infancy, our brains never added any neurons 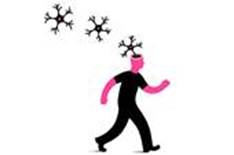 At birth, a human infant supposedly had all the neurons she would ever have. Innovative methods for chemically labeling newborn cells and staining neurons have now overthrown this old dogma. ILLUSTRATION: LUCI GUTIÉRREZ

To boost my memory, I am going for a run. My dogs’ memories will get a boost, too, as they bound through the woods chasing squirrels. Over the past two decades, neuroscientists have discovered that new nerve cells (neurons) are constantly being born in one tiny area of the brain crucial for learning and memory—and that physical exercise promotes the numbers of these newborn neurons.

Before these findings, the conventional wisdom had been unwavering: At birth, a human infant supposedly had all the neurons she would ever have. Innovative methods for chemically labeling newborn cells and staining neurons have now overthrown this old dogma.

In reptiles, it turns out, new neurons are born all over the brain. In our mammalian brains, new neurons seem to be restricted to the dentate gyrus of the hippocampus, a gherkin-sized region crucial for remembering facts and events, and for learning new spatial knowledge.

Neuroscientists Henriette van Praag, Gerd Kempermann and Fred H. Gage at the Salk Institute in La Jolla, Calif., wanted to identify the conditions congenial to the birth and maturation of new neurons. In their experiments, they provided one group of rodents with a running wheel while another group remained idle. As they reported in 1999 in the journal Nature Neuroscience, the number of new neurons born in the runners’ dentate gyrus was about twice that seen in the idle animals. Fine, but unless the new neurons mature to have the branching tops and connecting output fibers typical of neurons, they are as useless as hair in a brush.

To address the question of maturity, the researchers tracked the fate of new neurons. Most do die, but an enriched environment can enhance the neurons’ survival rate. For rodents, that means having lots of novel objects to explore, also cage mates to interact with and running wheels to play on. About five times as many newborn neurons survived in the exploring rats as in the unengaged rats.

In tests of spatial memory, the rodents in the enriched condition regularly outperformed their brethren. This strongly implies that mature new neurons have been integrated into the circuitry and actively contribute to learning new facts and events. Physical exercise and enrichment interact synergistically, so combining the two may be most beneficial.

Apart from exercise and enrichment, other factors can enhance the progression from neuron birth to full installation in the circuitry—among them, surprisingly, antidepressants such as Prozac. Berries, grapes, chocolate and tea—all rich in molecules called flavonoids—have been linked to improved spatial learning behavior in rodents and humans. On the other hand, stress suppresses the proliferation of new neurons, as do alcohol and high doses of nicotine.

Much of the data derive from rodents and nonhuman primates because the newborn neurons have to be identified by chemical tag and then counted in the postmortem brain. But Kirsty L. Spalding of Sweden’s Karolinska Institute and an international team of scientists were able to exploit an unusual opportunity for quantifying numbers of newborn neurons in humans.

As they reported in the journal Cell in June 2013, nuclear-bomb tests between 1945 and 1963 had increased levels of the carbon isotope 14 in the atmosphere. Dividing cells require carbon, so the DNA in dividing cells, including those producing new neurons, took up increased amounts of carbon 14. Based on this knowledge, the team looked at brains post mortem of people in the vicinity of the bomb tests. They found evidence for newborn neurons, but only in the dentate gyrus, and calculated that about 700 a day are added.

One hope in this research is that we may someday be able to use the findings to repair brains damaged by stroke, injury or degenerative disease. Nailing down what conditions in the dentate gyrus make it uniquely hospitable to new neurons may allow us to duplicate those conditions elsewhere in the brain to re-establish working circuitry.