I have talked about meditation before in LIFEies.  Below are some additional reasons to try it if you have not, and to keep going if you are on the path.

Some great outcomes of mindful meditation:

Go ahead, try it out.

Rule #13 from my book The Fantastic Life: The 2% Rule
While meditation has numerous benefits, most Americans haven’t made it a part of their regular routine. Even if you do it just five minutes a day, that extra 2% can help you most fast those around you.

What Does Mindfulness Meditation Do to Your Brain?

As you read this, wiggle your toes. Feel the way they push against your shoes, and the weight of your feet on the floor. Really think about what your feet feel like right now – their heaviness.

If you’ve never heard of mindfulness meditation, congratulations, you’ve just done a few moments of it. More people than ever are doing some form of this stress-busting meditation, and researchers are discovering it has some quite extraordinary effects on the brains of those who do it regularly.

Originally an ancient Buddhist meditation technique, in recent years mindfulness has evolved into a range of secular therapies and courses, most of them focused on being aware of the present moment and simply noticing feelings and thoughts as they come and go. 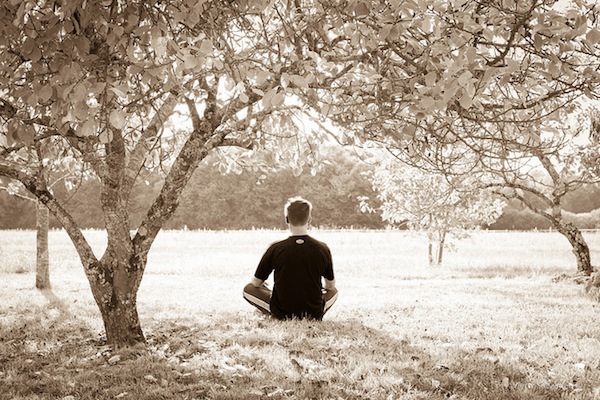 It’s been accepted as a useful therapy for anxiety and depression for around a decade, and mindfulness websites like GetSomeHeadSpace.com are attracting millions of subscribers. It’s being explored by schools, pro sports teams and military units to enhance performance, and is showing promise as a way of helping sufferers of chronic pain, addiction and tinnitus, too. There is even some evidence that mindfulness can help with the symptoms of certain physical conditions, such as irritable bowel syndrome, cancer, and HIV.

Yet until recently little was known about how a few hours of quiet reflection each week could lead to such an intriguing range of mental and physical effects. Now, as the popularity of mindfulness grows, brain imaging techniques are revealing that this ancient practice can profoundly change the way different regions of the brain communicate with each other – and therefore how we think – permanently. 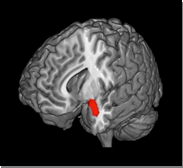 MRI scans show that after an eight-week course of mindfulness practice, the brain’s “fight or flight” center, the amygdala, appears to shrink. This primal region of the brain, associated with fear and emotion, is involved in the initiation of the body’s response to stress.

As the amygdala shrinks, the pre-frontal cortex – associated with higher order brain functions such as awareness, concentration and decision-making – becomes thicker.

The “functional connectivity” between these regions – i.e. how often they are activated together – also changes. The connection between the amygdala and the rest of the brain gets weaker, while the connections between areas associated with attention and concentration get stronger.

The scale of these changes correlate with the number of hours of meditation practice a person has done, says Adrienne Taren, a researcher studying mindfulness at the University of Pittsburgh.

“The picture we have is that mindfulness practice increases one’s ability to recruit higher order, pre-frontal cortex regions in order to down-regulate lower-order brain activity,” she says.

In other words, our more primal responses to stress seem to be superseded by more thoughtful ones.

Lots of activities can boost the size of various parts of the pre-frontal cortex – video games, for example – but it’s the disconnection of our mind from its “stress center” that seems to give rise to a range of physical as well as mental health benefits, says Taren.

“I’m definitely not saying mindfulness can cure HIV or prevent heart disease. But we do see a reduction in biomarkers of stress and inflammation. Markers like C-reactive proteins, interleukin 6 and cortisol – all of which are associated with disease.”

“It doesn’t fit any of the classic models of pain relief, including drugs, where we see less activity in these areas,” says Joshua Grant, a postdoc at the Max Plank Institute for Human Cognitive and Brain Sciences in Leipzig, Germany. The expert mindfulness meditators also showed “massive” reductions in activity in regions involved in appraising stimuli, emotion and memory, says Grant.

Again, two regions that are normally functionally connected, the anterior cingulate cortex (associated with the unpleasantness of pain) and parts of the prefrontal cortex, appear to become “uncoupled” in meditators.

“It seems Zen practitioners were able to remove or lessen the aversiveness of the stimulation – and thus the stressing nature of it – by altering the connectivity between two brain regions which are normally communicating with one another,” says Grant. “They certainly don’t seem to have blocked the experience. Rather, it seems they refrained from engaging in thought processes that make it painful.” 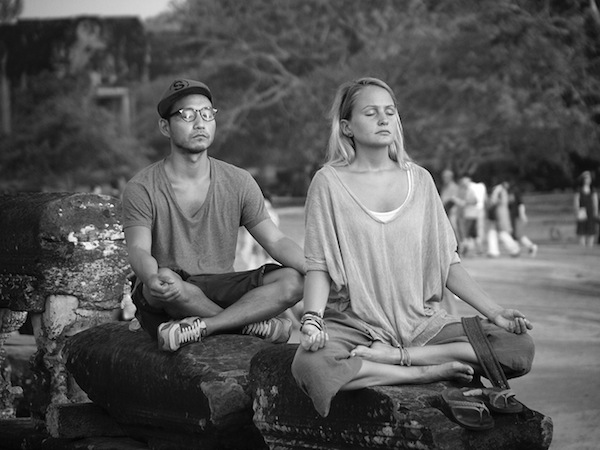 It’s worth noting that although this study tested expert meditators, they were not in a meditative state – the pain-lessening effect is not something you have to work yourself up into a trance to achieve; instead, it seems to be a permanent change in their perception.

“We asked them specifically not to meditate,” says Grant. “There is just a huge difference in their brains. There is no question expert meditators’ baseline states are different.”

Other studies on expert meditators – that is, subjects with at least 40,000 hours of mindfulness practice under their belt – discovered that their resting brain looks similar, when scanned, to the way a normal person’s does when he or she is meditating.

At this level of expertise, the pre-frontal cortex is no longer bigger than expected. In fact, its size and activity start to decrease again, says Taren. “It’s as if that way of thinking has becomes the default, it is automatic – it doesn’t require any concentration.”

There’s still much to discover, especially in terms of what is happening when the brain comprehends the present moment, and what other effects mindfulness might have on people. Research on the technique is still in its infancy, and the imprecision of brain imaging means researchers have to make assumptions about what different regions of the brain are doing.

Both Grant and Taren, and others, are in the middle of large, unprecedented studies that aim to isolate the effects of mindfulness from other methods of stress-relief, and track exactly how the brain changes over a long period of meditation practice.
“I’m really excited about the effects of mindfulness,” says Taren. “It’s been great to see it move away from being a spiritual thing towards proper science and clinical evidence, as stress is a huge problem and has a huge impact on many people’s health. Being able to take time out and focus our mind is increasingly important.”

Perhaps it is the new age, quasi-spiritual connotations of meditation that have so far prevented mindfulness from being hailed as an antidote to our increasingly frantic world. Research is helping overcome this perception, and ten minutes of mindfulness could soon become an accepted, stress-busting part of our daily health regimen, just like going to the gym or brushing our teeth.