“Passionately curious” is a term used by some people to describe their greatest characteristic.   The Wall Street Journal asked some interesting people their take on the subject of curiosity. Here are my takeaways:

Curiosity as a skill.  With all the disruption occurring in our lives, now is the time to embrace your curious side.

Rule #2 from my book The Fantastic Life: Be Crystal Clear On What You Want
Curiosity is what allows us to move towards what we want. When we ask that simple question, “What if?” we have moved one step closer to something fantastic.

WSJ. asks six luminaries to weigh in on a single topic. This month: Curiosity 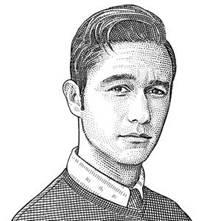 Joseph Gordon-Levitt
“I’m a firm believer in the scientific method. That’s the great part about science—any conclusion is up for debate. Problems arise when you get too attached to an answer, even in the face of new information or experiences. I find that among the people I know, the most intelligent ones are those who ask questions more than they make statements. They remain curious, even about things they know to be true. There are so many opinions out there, now more than ever, often based on a big game of telephone. The substance of a story can get distorted or reduced to a sound bite—it’s what gets retweeted. So I find that if I really want to know something, I have to be curious and make the effort to look into it myself. And acting itself is fundamentally about curiosity—trying to think about a situation other than your own, being someone else.”
—Gordon-Levitt is an actor starring in the film Snowden, opening in September. 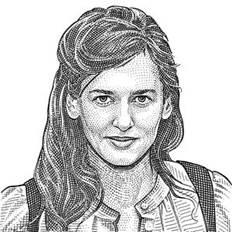 Taryn Simon
“My father obsessively documented his life. So from a very young age, I experienced a larger world through his Kodachrome slideshows, which detailed his travels to Afghanistan, Iran, Russia, Thailand and beyond. He was also a news junkie. So I was exposed to all the troubles of the world in vivid color from day one. But I was also pushed to look beyond the readily visible. Everything had an underbelly—governance, justice, even the East River. I remember the stories of pinball machines resting at the base of the East River. Mayor Fiorello La Guardia had rounded them up and smashed them with sledgehammers as a protest against the machines, which were being positioned as corrupting children. I guess I’m led by anxiety, fear and a want to see everything. The universe delivers a lot of unknowns. But humans crave certainty, no matter how falsely based.”

—Simon is an artist. Her work goes on view at New York’s Park Avenue Armory in mid-September. 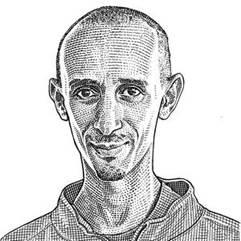 Mussie Gebre
“As a deaf-blind child, I could not sit back and observe people and events unfolding in front of me. I know my surroundings primarily through the senses of touch, smell and taste. So, for me, curiosity was a means of staying attuned to the world. It was also a way to feel a part of the world of my peers, so that I didn’t become the primary object of attention and, possibly, ridicule. Exploring an object or place meant inviting others to join me in the activity and to see me as a curious child, not one to pity because I was different from them. Technology has had a dramatic impact on how I explore the world as an adult. For instance, there are times when I want to know what’s going on in town without having to wander around with my guide dog, and the internet empowers me to do just that.”

—Gebre is president of DeafBlind Citizens in Action. 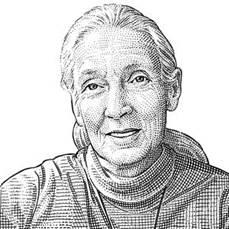 Jane Goodall
“I was totally curious as a child. I once took worms to bed, wondering how they walked without legs. I watched intently as they moved about. Chimpanzees are very curious too. If they come across a hole in a tree, they want to know what’s inside. Curiosity is supposed to be a measure of intelligence, but it’s difficult to say. Intelligence is the way you express curiosity and the lengths you’ll go to satisfy it. We’re always coming up with new questions. Science thinks it’s got the answer to the appearance of the universe with the big bang, but that leads me to ask, ‘What came before the big bang?’ I still have a lot of questions. What will happen to me as I get older? What will happen to me when I die? That’s my biggest curiosity and has been for a long time. But you can’t find an answer. It’s unknowable.”

—Goodall, the founder of the Jane Goodall Institute, is an ethologist and anthropologist. 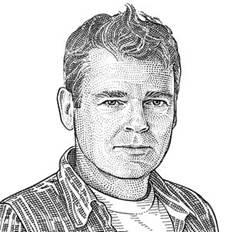 Mark Haddon
“In my novel The Curious Incident of the Dog in the Night-Time, the main character, Christopher, says something like, ‘I think there are enough things in one house to keep you interested for a whole lifetime.’ There is deep truth in that. I love the idea that curiosity isn’t always about increasing your range or traveling to new places. When I was young, I found biology very boring. I was fascinated by space, as was common with every small boy of my generation. We were all looking up. We were all waiting to land on the moon. But then I began to realize that one of the most exciting frontiers in science was a combination of genetics and cell biology. We think that the most exciting things in the universe happened 14 billion years ago, but the most astonishing things are happening in our fingers. Curiosity is often a case of just looking harder—being open to the world that’s immediately around you.”

—Haddon is an author. A collection of his stories, The Pier Falls, was released in May. 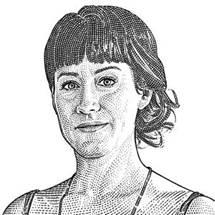 Naomi Pomeroy
“We have a long way to go in raising our girls in a similar fashion to our boys and vice versa. We must work on teaching boys intuition, and we must give girls the freedom to explore their curiosity in the same way as boys. I’ve been thinking a lot recently about the success of chefs. Take the annual list of the world’s 50 best restaurants. If you notice, it’s one percent populated by female chefs. I don’t want to totally break it down to gender—it’s more about masculine energy and feminine energy—but it’s interesting. Our society values the pioneering spirit, the more masculine kind of curiosity, of putting your mark on something—the conquistador. It’s a different kind of curiosity with feminine energy, a kind of creative problem solving—I’m not looking to reinvent the wheel with my cooking. For me, it’s not about delving into uncharted territory.”

—Pomeroy, a chef and restaurateur, has a cookbook, Taste & Technique, out in September.