Below is an article about how Howard Schultz (CEO of Starbucks) got his job at Starbucks. He pursued the company for over a year before he got the word they were not hiring him. He was undeterred, and the rest is history. Here are some lesson to learn from his tenacity:

–Failing is OK. Failing and giving up is not. Schultz was devastated to not be hired by Starbucks after months of preparing, but instead of giving up, he never doubted himself and eventually persuaded Starbucks to hire him.

–Perseverance can be the difference between success and failure, and using it to create your own opportunities eliminates the excuse of “poor timing”.

–When we see something that others can’t, expect to get rejected time after time and prepare to take a leap of faith on your own.

Steve Denning and Stephanie Denning say it perfectly below:  “Trust in the turtle and keep the course.  Stay focused on your future.”

Rule #3 from my book The Fantastic Life: Build Your Resumes Every Year

Opportunities come to those who are prepared, not those who sit around and wait for them to fall into their laps. Even when it seems like all doors are closed to you, there are ways you can grow and added to your resumes, ensuring that you’re prepared when that window finally does open.

A Leadership Lesson From Howard Schultz

By: Steve Denning and Stephanie Denning 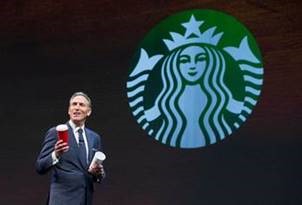 In 1981, Howard Schultz was working at Hammarplast, a Swedish manufacturer of household products. He was in a good spot. He was working in New York as the Vice President and General Manager of the U.S. Operations. One day, while looking over the sales numbers, he noticed something odd. A small retailer in Seattle was ordering an unseemly amount of drip coffeemakers. More than other retailers. More than Macy’s. Curious, Schultz flew out to Seattle to see the retailers for himself.

What he found was a love of coffee. The founders of the store loved coffee. It was a passion that infused the whole place. And people were coming in to buy the contraption because of the way it carried the taste of their coffee. Schultz found his answer. He also got more than he bargained for. He came out wanting a new job. A job at this coffee shop. Starbucks.

Starbucks, however, had no plans to hire him. No one else seemed to be in favor of this plan either. His mother didn’t agree. “My mother was especially concerned. ‘You’re doing well, you have a future,’ she argued. ‘Don’t give it up for a small company nobody’s ever heard of.’” The market didn’t agree either. “A market study would have indicated it was a bad time to go into the coffee business.”

No matter. Schultz was a believer. Schultz began meeting with the Starbucks regularly to see how he could get a job there. “As the months passed, I pursued Jerry more than he pursued me.”

Undeterred, Schultz continued conversations with the founders. He had been in talks with one of the founders, Jerry Baldwin, for several months. After sufficiently selling Jerry on the idea to hire him, Jerry decided to set up a dinner with the investors. Schulz knew, this was his chance. He had done his homework. He figured this was the final obstacle to get the job. He was ready.

The next day he got a call from Jerry.

“‘I’m sorry, Howard. I have bad news.’” They decided not to offer Schultz the job. He was crushed. Yet somehow, upon hearing this, Schultz scraped together the courage to ask why. Jerry told him Schultz represented too much change, something the budding company wasn’t ready for.

Schultz didn’t miss a beat. He told Jerry it was a mistake not to hire him; how dedicated Schultz was to the company and how much he could offer. Jerry decided to give it a think and call Schultz the next day. The next morning he called back and changed his mind. He said Schultz was right. He finally convinced Jerry Baldwin, fourteen years his senior, to hire him.

It took Schultz a year to get that job.

Of the experience, Schultz remembers: “In the 15 years since then, I’ve often wondered: What would have happened had I just accepted his decision? Most people, when turned down for a job, just go away.”

Starbucks Is Born
I read about this anecdote in Howard Schultz’ book Pour Your Heart Into It. I was struck not only by his perseverance but how often he seemed to make his own opportunities. Many of us get captivated by an idea, but how many of us are willing to pursue it, test it, refine it without giving up? This drive and perseverance was a theme throughout Schultz’s career. Here is another another Howard Schultz story.

After a trip to Italy, Schultz became fascinated with the idea of the Italian espresso bar. Schultz wanted to bring the idea to the U.S. and introduce the concept at Starbucks. Jerry Baldwin, the founder, was skeptical. After much convincing (read: begging), Baldwin finally let Schultz run a pilot in one of the Starbucks shops. It was a success. Still, it was a small success on a small scale. And more importantly, it wasn’t Starbucks’ business model. They didn’t want to get into the restaurant and service space. That would be the first and last Italian espresso bar pilot Starbucks would conduct. Schultz remembers of the time: “I was depressed for months, paralyzed by uncertainty. I felt torn in two by conflicting feelings: loyalty to Starbucks and confidence in my vision for Italian-style espresso bars.”

Despite the company’s lack of interest in his idea, Schultz was married to the idea. “I was busy enough with my everyday work […] that I could have distracted myself and just dropped the idea. But I refused to let it die.”

But belief in an idea does not make it a good one. “In the course of the year I spent trying to raise money, I spoke to 242 people, and 217 of them said “no,” Schultz explains. Try to imagine how disheartening it can be to hear that many times why your idea is not worth investing in.”

Schultz was undeterred. What started as a mere conviction in an idea grew into a company with a market cap of $78 billion. Thirty years in the making.

The Turtle Versus The Hare
Schultz himself would say perseverance is a big part of his success. Schultz writes: “Lots of people dream about opening a coffee house. Few actually do”

Perseverance in the midst of uncertainty is hard. You are living in limbo. That’s an uncomfortable steady state. It takes an enormous amount of energy to consistently feed your own belief in your vision when few others do. While Schultz was standing up his idea for an espresso bar, he describes: “I wasn’t just an underdog during that year; I was an under-underdog. It was the roughest period of my life. I felt as if I were being kicked and beaten every time I scratched on another door. At the time, I was thirty-two years old and had been in Seattle for only three years.”

I would normally find comfort in Schultz’s story. If you persevere, then you’ll succeed. But I began to wonder, what is perseverance exactly? We can all agree Schultz is tenacious. But how many of the rest of us are too? Is it working one hour everyday on a goal? Is it working fourteen hours a day everyday? Is it overcoming five obstacles? Ten? Twenty? I wanted a benchmark.

The best answer I could find was not a benchmark, but a video. A perfect metaphor.
Perseverance is just a fancy word for focus. One of the most disheartening things in pursuing whatever success you seek is when you see people succeed while you feel like your efforts are reaping no rewards. If we’re being honest, who doesn’t get anxious when that happens?

Trust in the turtle and keep the course. Doesn’t matter how slow you go as long as you keep your North Star in perspective. Schultz posits: “What distinguishes the talented person who makes it from the person who has even more talent but doesn’t get ahead? […] Part of what constitutes success is timing and chance. But most of us have to create our own opportunities and be prepared to jump when we see a big one others can’t see.” The only way to do that, in my opinion, is to stay focused. The turtle would have had no chance if the rabbit hadn’t unexpectedly stopped. That was his opportunity.