I have to admit, I don’t listen to hard rock.  Nor was I really a Van Halen fan.  I am, however, a complete fanatic about finding, watching, and enjoying anyone who is the best in the world at what they do.  For 25 years, since I learned the Unique Abilities concept from Dan Sullivan at Strategic Coach, I have been hooked.

Eddie Van Halen passed away in early October. Jody Watkins sent me the below article and let me know his reputation:  “He is widely considered the best guitar player ever.”

Take a moment to read about him below and maybe watch this or this.  The rabbit hole on YouTube is deep if you want to watch more.  And if you want a long, interesting read, this Rolling Stone tribute is fantastic.

Rule #1 from my book The Fantastic Life: Know Your Story

Knowing who you are, and what you are good at, is the first step to pursuing a Fantastic Life. What do you bring to the table that no one else does? How can you use your unique story to build the life you want? 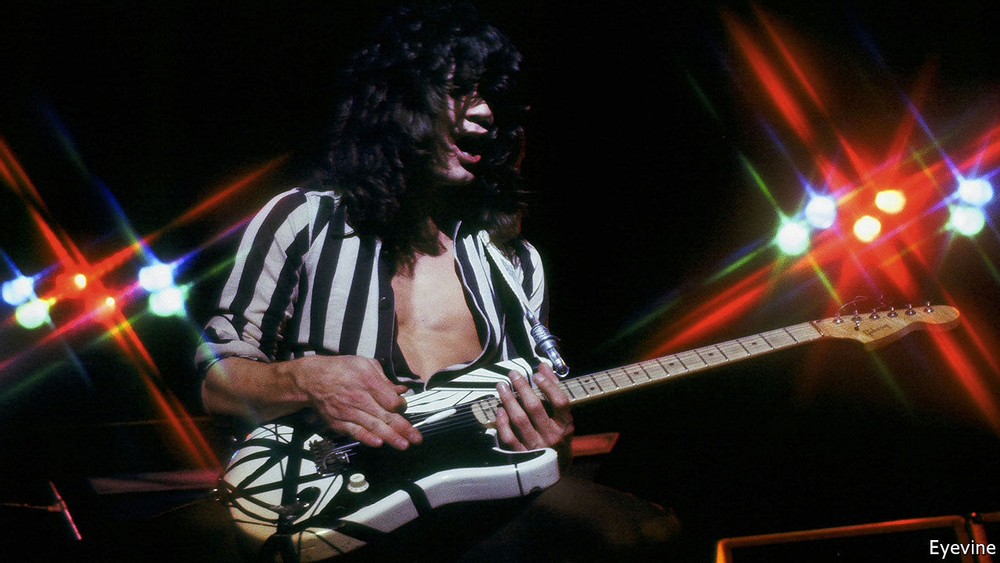 EDDIE VAN HALEN did not play his most famous solo for his own band. He was asked to perform on Michael Jackson’s “Beat It”, one of the biggest singles of all time, by Quincy Jones. Unwilling to deal with complex business arrangements, Mr Van Halen offered to play for a case of beer and dancing lessons from Jackson. He arrived at the studio, rearranged the song, recorded two takes and told the producers to pick the best one—all in less than an hour. As usual, he did more with less and generated joy.

Mr Van Halen, who died this week at the age of 65, delivered jaw-dropping bursts of rock guitar while wearing customised painter’s overalls and a giddy smile on his face. In blazing solos filled with technical fireworks, he expanded the rock-guitarist repertoire to include tapping (playing with both hands on the guitar’s neck) and its hammer-ons, pull-offs and harmonics, as well as extreme note-bending “divebombs”. Pushing boundaries and popularising the electric guitar like no one since Jimi Hendrix, Mr Van Halen was a bona fide rock star and innovator.

With Van Halen, the group he formed with his brother Alex on drums in 1972, his playfulness and precise execution formed a perfect fit with David Lee Roth, the lead singer and a beach-bum-meets-Broadway showman. The band fought its way into and up from Los Angeles’s Sunset Strip club scene, signing with a major label just as disco and punk arrived, and still finding an audience in the American suburbs where big guitars had not gone out of style. It had its first chart success with covers such as “Dance the Night Away” in 1979, and reached its artistic and commercial peak with “1984”, a number-two album in America (behind Jackson’s “Thriller”). That success was powered by a number-one single, “Jump”, on which Eddie Van Halen also played the synthesizer, and by MTV. Mr Roth soon went solo, citing differences with the Van Halens, and Sammy Hagar took on lead vocals for the next four albums. Both singers rejoined the band at various times, but often found themselves at loggerheads with the guitarist.

Mr Van Halen had a blues-rock background—he studied Eric Clapton’s turns in Cream meticulously—but rather than settle at the psychedelic crossroads, he ventured to a more modern place. He used blues rock and his band’s powerful rhythm section as a backdrop for dramatic and technically sophisticated excursions. The hard-rock presentation often masked Mr Van Halen’s progressive tastes; Allan Holdsworth, a jazz-fusion guitarist, was his favourite player. For “Eruption”, a 1:42 guitar instrumental from Van Halen’s debut album, he shot notes at a rapid clip, tapped the strings in the middle of the guitar’s fretboard and bent them to elicit the sounds of second-world-war bombers. The recording gave generations of young guitarists a new rite of passage.

While Mr Van Halen’s on-stage persona was one of pure joy and effortlessness, he grew up understanding music as a matter of survival. His father, Jan, was a saxophonist and clarinetist who toured Europe in jazz and swing bands in the 1940s. But his marriage to an Indonesian woman, Eugenia, made the family, including Eddie and his brother Alex, targets for racist abuse in Holland. So Jan packed up his piano and the kids and emigrated to America, settling in Pasadena, California, despite not speaking a word of English. Eddie’s parents worked odd jobs, and Jan played at weddings.

Music held them together. The Van Halen brothers studied the piano. Eddie was initially drawn to the drums, but swapped instruments with his brother. They formed Genesis (not the British band of the same name) in 1972, playing backyards in Pasadena, and changed their name to Mammoth until joining forces two years later with Mr Roth, a crosstown rival, as Van Halen.

Mr Van Halen was also a self-taught tinkerer (he holds two US patents) who imagined equipment with sounds and performance that did not exist in the early 1970s. He hot-rodded a Fender-style guitar with elements from other manufacturers including a Gibson humbucker pick-up, and reshaped the neck creating “Frankenstrat”, a hybrid he decorated in stripes with bicycle paint. He modified his amplifier with a light-dimmer to coax more powerful sounds from it. Decades later, he launched his own line of guitars and amplifiers under the EVH brand. Mr Van Halen donated a modified guitar, Frank 2, to the National Museum of American History in 2011.

His riffs and solos for “Panama”, “Runnin’ with the Devil”, “Hot for Teacher” and “Jamie’s Crying” have been staples of rock radio for decades. He was frank about his long battle with alcoholism, and possessive about the use of the Van Halen name, but he could also be modest. He claimed he didn’t know guitar scales, inventing his own symmetrical scale for his speedy note runs. And he expected no one would even notice he’d played, uncredited, on “Beat It”, until he overheard some kids in a record store saying, “Listen to this guy trying to sound like Eddie Van Halen.” Mr Van Halen couldn’t help himself. Grinning, he tapped one on the shoulder and pointed out, “That is me.”