Following up on the previous LIFEies, I took a little deeper dive into self control. Working on my weaknesses is a regular thing for me — I wonder if it’s because I have so many? {Click to Tweet

Below is an article from Psychology Today on self-control. Here are some things I am good at doing and others I need to continue working on:

AND yet, I still eat too much. I need to work on:

—The “why” and “how” mindsets — I am on a multi-year journey on this topic.

—Self control as a pattern of behavior—I am working on changing my pattern. This is difficult after so many years of eating everything and anything I wanted and still having low body fat.

—Avoid temptation—how do we do that living in the good ole USA? Temptations are EVERYWHERE.

I always enjoy the feedback I get from my LIFEies. Thank you for any thoughts on self-control for my growth.

Rule # 7 from my book The Fantastic Life: Be Value Driven

When you let clearly defined values drive you, you’ll find you have a strong resolve in the face of temptation. The world pulls for our attention, but staying focused on the things that matter most will keep your path straight. 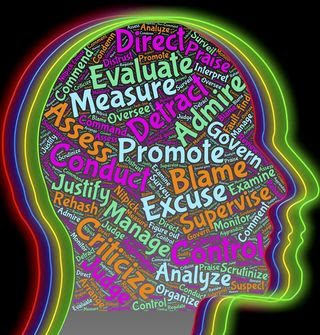 Good intentions are not enough. Sticking to one’s plan is hard work. We humans are notoriously poor at following through with our plans. We tend to be ambivalent about making a change. We want to lose weight, but we also love to eat. Fortunately, people can resist desire and temptation using the following resistance strategies.

Viewing ourselves as free and responsible for our actions is the foundation for self-discipline. Evidence shows that people function better and are more able to deal with stress when they feel that they are in control. Believe that things are beyond your control and they probably will be.

One has to have a goal. Goals basically guide our choices. The more specific the goal, the better able people are to reach it. A highly abstract goal may not be actionable. For example, instead of pursuing the goal of “being healthy,” a person may adopt the goal of “walking at least 30 minutes every day,” which is more concrete and easier to monitor. Effective goal pursuits follow the SMART criteria: Specific, Measurable, Attainable, Realistic, and Time-based.

Self-monitoring is a form of feedback. Monitoring progress toward goal attainment helps one to concentrate on goal-relevant activities. Successful dieters count calories and otherwise carefully monitor their food intake, and that the stopping of monitoring often undermines dietary efforts. Self-monitoring helps us to become experts on our behaviors. By doing so, it will make habits much less difficult to change.

The more you want the goal, the more likely you are willing to make the efforts and sacrifices required to achieve it. The strength of people’s commitment to something depends on its value to them and the chance that the value will, in fact, occur. The relationship between these two factors is multiplicative. This means that there will be no motivation to pursue the goal if the value of the goal is zero, no matter how high the likelihood of success. Similarly, there will be no motivation if the expected chance is quite low.

An important component of motivation is the person’s self-perceived ability to achieve it. People won’t build up much motivation for change if they believe it is impossible for them. In the face of difficulties, people with weak self-confidence easily develop doubts about their ability to accomplish the task at hand, whereas those with strong beliefs are more likely to continue their efforts to master a task when difficulties arise.

Willpower represents strength or psychological energy that one uses to resist other temptations in order to work toward one’s goal. Self-control depends on a limited resource that operates like strength or energy. People consume this resource when they exert self-control. Thus, having only one goal makes self-control more successful than when people have two or more conflicting goals. As Plato’s counseled: “Do one thing and do it well.”

Avoiding temptation requires anticipating situations where unwanted desires might emerge and taking proactive steps to ensure that one doesn’t succumb to the problematic desire. For example, avoiding exposure to tempting situations can include making unhealthy foods less visible, such as keeping one’s home free of unhealthy but tempting foods.

9. Self-Control as a Pattern of Behavior

While the physical independence of today and tomorrow is real enough, the fact remains that actions today affect actions tomorrow. Psychologist Howard Rachlin argues that self-control comes from choosing “patterns” of behavior over time rather than individual “acts.” The decision to stop smoking is, in effect, a decision to begin a pattern of behavior. To smoke the cigarette tonight is to fail to perceive the connection between tonight’s act and the pattern of acts over many nights and days. Not smoking tonight makes it easier not to smoke tomorrow and not smoking tomorrow makes it easier not to smoke the next day, and so on.

Goal pursuits can be enhanced by a simple planning strategy: making if-then plans that connect a certain triggering situation with a concrete behavior. For example, “If I order something for dinner at a restaurant, then I will choose a vegetarian meal” or “If people mistreat me, then I will take a deep breath and count to 10.” Repeated practices strengthen the association between the specific situational cues and intended response. Forming if-then plans can help to outsource behavioral control to the environment to prevent willpower depletion. And the person is now on automatic pilot—the planned action will be triggered directly by the specified cue. Thus, when people are stressed or distracted, they can fall back on good habits.