Skip to content
Time for my annual discussion about sleep. Let’s start with some things we already know (Read more in LIFEies).

—Sleeping less than 5 hours a night doubles the risk of death from cardiovascular disease.

–Losing sleep during the week negatively changes your metabolism (and you can’t catch up).

–Glymphatic System (the system that cleans out your brain) only works when you sleep.

–Your sleeping position matters: sleep on your side.

–Get your sleep daily…work hard to not have to ‘catch up.’

–Snoring is not good. Change how you sleep to eliminate it.

More below.  A Fantastic Life gets sleep.

Rule # 11  from my book The Fantastic Life: All of Life is Connected

Sleep may be one of the first things we sacrifice when things get busy. But everything is connected, and it’s crucial to know how those small sacrifices can impact other areas of your life.

Why You’ve Been Sleeping All Wrong 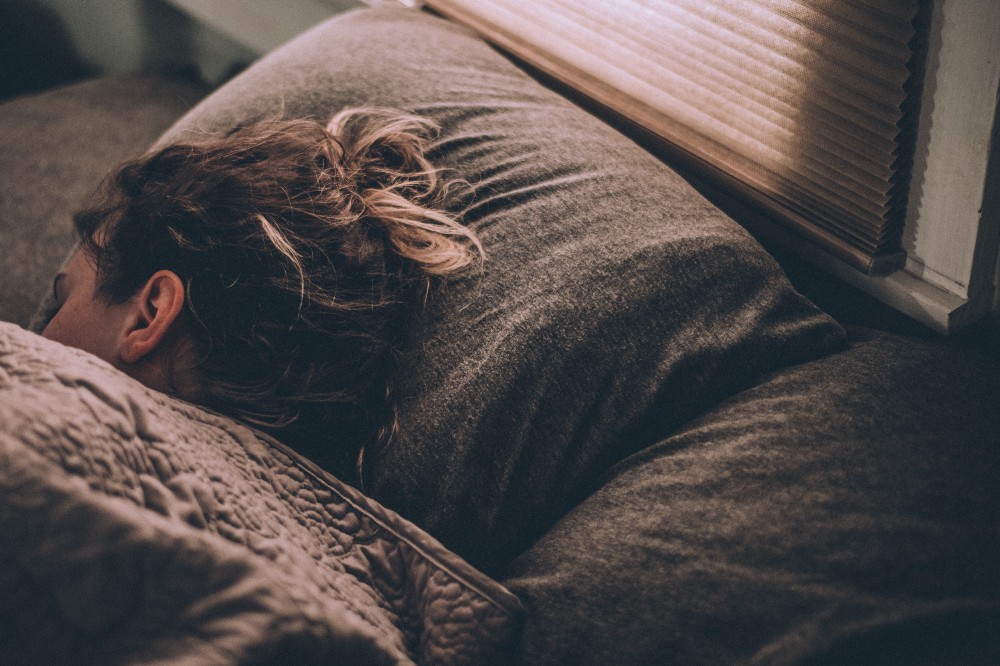 Sleep is all around us. Be it our fellow friends and families, your pet Golden Retriever, the whale sharks in the Indonesian coastline, or even grimy earthworms— we all engage in this behaviour called sleep. No creature in the animal kingdom fares without sleep. With every foible and obstacle evolutionary nature presents, these creatures seem to always find a solution. Predators on the lookout throughout the night? No problem, I’ll sleep during the day. No eyelids? No problem, I’ll sleep with my eyes open. Predators lurking on the ground? No problem, I’ll keep my balance and sleep on a tree branch.

Sleep is non-negotiable. In humans, sleep has been proven to not only improve, but sustain a vast array of physiological functions — from cellular immunity, reproduction, and cardiovascular, to other less famous processes such as cognition and learning. Depriving yourself of sleep means you risk disrupting the very mechanisms that enable you read and comprehend this article.

“Sleeping less than 5 hours per night doubles the risk of death from cardiovascular disease.”

In addition to the more tangible organ impairments, sleep deprivation has also been shown to trigger something called ‘viral loneliness’. In his interview with Rhonda Patrick, Matthew Walker says that loneliness is a contagion promoted by sleep loss. “Lack of sleep induces critical changes within the brain, altering behaviour and emotions, while also disturbing essential metabolic processes and influencing the expression of immune-related genes”, he says. “The end result is that people who are sleep-deprived avoid social interaction”.

So here’s the deal. We cannot do without sleep, it’s indisputable. To make things worse for us — especially with society’s extreme worshipping of workaholism — sleep debt is unrecoverable. Sleep scientists found that weekday sleep loss had negative effects on people’s metabolism — and “catch-up” sleep on the weekend did not reverse it.

By the same token, it’s foolhardy to simply tell people to sleep enough hours. Sometimes in life, we’re just dealt into situations where compromising quantity (the amount of time we sleep) becomes a requisite. What this entails is the simple fact that we must maximise on the other foundational bedrock of good sleep: quality.

Before we get to that, let’s first talk about the common problems that stand in the way of serene, blissful sleep.

Snoring is a major issue that’s often overlooked and assumed as a mere nuisance. Snoring does not discriminate, affecting people of all sorts of ages, gender, and races, but most of all, it brings about detrimental consequences to our body.

Recent studies have shown that in kids, snoring is always significantly associated with poor academic performance. In the reverse experiment, day time sleepiness, hyperactivity, and restless sleep were all significantly more common in snorers.

A 1983 study consistently showed that poor sleepers sleep on their backs. When a person assumes a supine sleeping position, their tongues may fall backward in correspondence to the decrease in muscle tone that comes with sleep. The ensuing position of the tongue may block the airway, and subsequently causes a reduction in oxygen perfusion to various peripheral organs, including the brain.

The ubiquitous snoring sound is produced as a result of the sagging tissues that narrow the airway, which causes them to vibrate. In short, People who snore have a worse quality sleep than those who don’t.

Just as every properly governed city maintains an efficient and fully functional waste management and disposal system, so does our body. In most living things, the system that’s held accountable for the job is called the lymphatic system, and it helps maintain fluid homeostasis, fat metabolism, and of course, waste clearance. For some reason yet unknown to science, however, the lymphatic system leaves the brain out of its list. Bit weird considering that the brain uses up a considerable amount of energy and thus produces a ton of waste.

But the brain doesn’t just sit there accumulating all the garbage that it produces. Instead, the brain’s solution is ingenious. It uses the cerebrospinal fluid (CSF), a naturally occurring fluid in the brain to ‘wash off’ biological waste products, which then gets dumped into the general circulation. This clever internal plumbing system is called the glymphatic system.

One of the main garbages that it cleans up are these little nasty proteins called β-amyloid plaques. These microscopic troublemakers, if allowed to accumulate over several decades may precipitate a disease currently affecting 46.8 million people worldwide — Alzheimer’s disease.

The catch: the glymphatic system works only when you’re asleep, and it only makes sense. After all, you can’t service a car while it’s speeding on the highway.

Studies have associated these systems with sleeping positions. A research found that people with neurodegenerative disease spend almost twice as much time on their backs while sleeping, and a more recent one in 2015 showed that the glymphatic system is most effective in the lateral position.

Take a look at our close ancestral relatives — apes and primates — and you’ll appreciate that both of us pay very close attention to our sleep practices. Both in the wild and in captivity, primates build designated quarters specifically for sleeping, just like us human beings. The difference: apes don’t sleep with pillows.

A 2015 article found that orang-utans spend three times more of their sleeping time on their sides.

So now that we’ve established some head knowledge, we know that the ideal sleeping posture has to tick two boxes:

The ideal sleeping position: on your side

The only possible approach in which both the boxes are ticked is a lateral sleeping position, or sleeping on your side. For one, the gravitational pull in a sideways sleeping position causes your tongue to fall in the direction of your cheeks, thus keeping the airway free of any obstruction. Secondly, the glymphatic system is allowed to run its due course, undisturbed and unharmed.

A large part of the problem however, lies in sustaining the position. Taking into account that we change positions an average of 35 times per night, maintaining the sideways position seems like a tough feat to pull off. But we human beings can be very creative with our ideas, just as you’ve probably thought of one extra sleeping position to try at home tonight. One wife told the story of curing her husband’s snoring by sewing a rubber ball into a pocket on the back of his shirt, preventing him from sustaining a supine position for too long.

Alternate solution: get rid of pillows?

The problem could very well have been resting under our noses — quite literally. Pillows make it way too comfortable to sleep in the wrong position.

Traditional tribes in Tanzania are often documented sleeping on their sides. Orang-utans and other apes spend a majority of their sleeping time on their sides. If we can learn anything from evolution and biology, it’s that nature always comes up with the best solutions.

By removing the pillow, we naturally transition into a lateral position, as it renders other possible positions quite disagreeable. If you don’t believe me, try it at home tonight. Hide your pillows in the cupboard, and then try to sleep without them. You’ll probably end up turning your arm into a makeshift pillow, but that’s kind of what you want, because you end up on your side, sleeping your way into a more salubrious future.