Fantastic is a way of living, not a destination.

The Fantastic Life is a mindset supported by actions that help you achieve everything you want in life, starting with the things that are the most important to you.  Fantastic is also a mindset that chooses discipline, pushes through barriers, and gets wins – every day.

Fantastic can be difficult. Actually, it’s often difficult because doing the work is difficult. But on the other side of the struggles, you’ll find the journey is worth it. Want to feel Fantastic?

You deserve to have a Fantastic Life. And the best news is, you can. This site is dedicated to helping you achieve big rock goals that matter in all areas of your life. Through books, our weekly LIFEies™ blog, LIFEies Library and more, you’ll have the tools you need to get anything you want and become more effective than you ever thought possible. 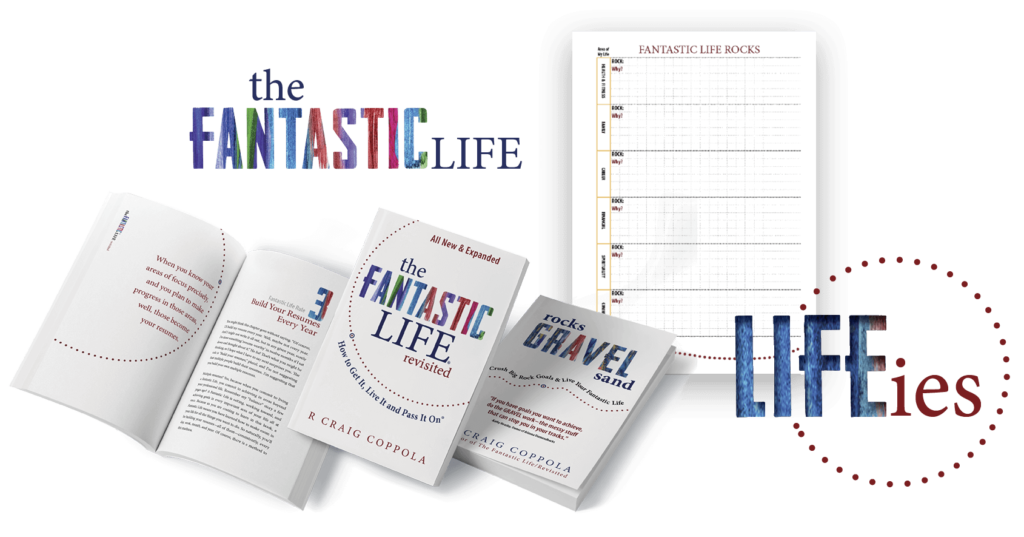 What it takes to live a Fantastic Life 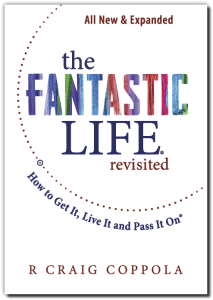 Sure, everyone wants to have a Fantastic Life in one way or another, but it isn’t something you have; it is something you create in every moment of every day. So now you already know one of the keys to getting all you want in life. CONSISTENCY. You have to consistently plug away to achieve the things important to you.

What’s important to you?

Have you ever asked yourself that question and really thought about your answers? Most people have not. This is the second key to living a Fantastic Life: CLARITY. You have to have absolute clarity about what you want.

There’s so much more to learn that will help you form the mindset, behaviors, and habits to live your Fantastic Life. The good news is you’ll find everything you need in The Fantastic Life / Revisited, coming soon!

First thing’s first. What areas of your life are most important to you? Maybe it’s Family, Relationships, Career, Spirituality, Health and Wellness… Now you can use the 12 Rules to decide on your goals and achieve them all at once. When you live a Fantastic Life you make progress on your goals, plural. Let us show you how.

Imagine if everyone on your team had CLARITY in their life and work. Imagine how much easier it would be to make progress and achieve results. It’s true, teams that adopt the Fantastic Life principles are more focused, more productive, and deliver better results than teams who just “get their work done.” What kind of team do you want? A regular team or a Fantastic one?

Who is R. Craig Coppola? 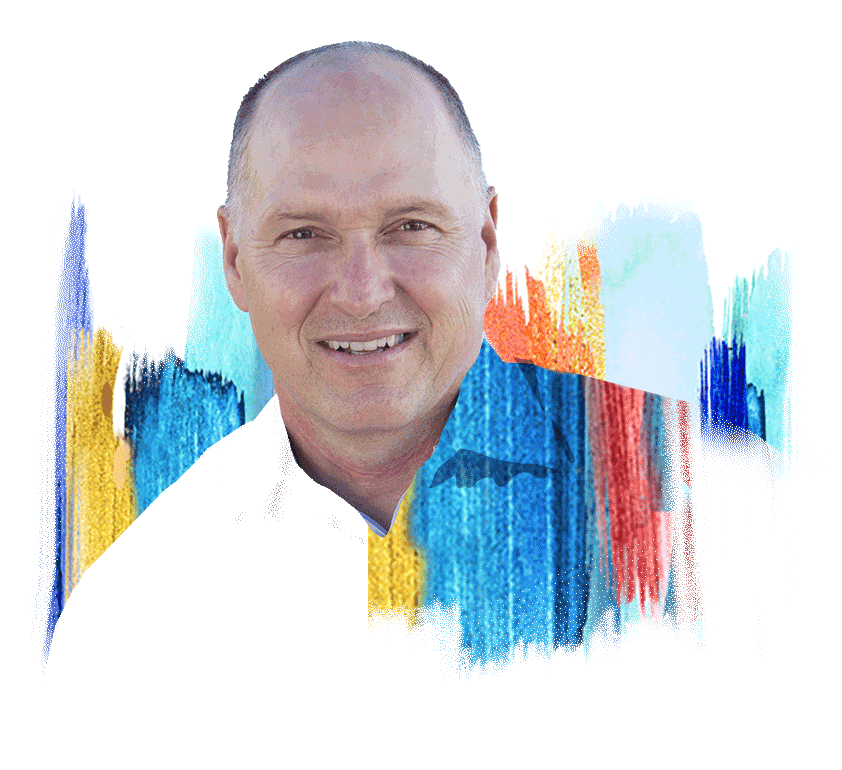 Craig is an overachiever and maybe a little obsessed. But what successful innovator isn’t? His creation is The Fantastic Life, a way of living that can help everyone live the life they’ve always wanted. Craig has spent decades formulating, living, and refining the 12 Rules and has used them to achieve goal after goal in fitness, career, family, relationships, health, and many other important areas of his life. He believes if he could do it, anyone can.

Craig was not born wealthy. He was not born of privilege. He grew up in a small Arizona town with five brothers and sisters. Throughout his years, Craig fostered a solid belief that once he decided to do something, doing it halfway was just a waste of time. So no matter what he did, he went for it.

This philosophy and his grand experiment of practicing the rules of The Fantastic Life have taken him around the world for business, sports, and adventure. He’s scaled mountain peaks literally and figuratively. He’s competed in the world’s most grueling ultra-marathon endurance events, in the world’s most challenging climates. He’s made it to the top of his game, then changed the game and made it to the top of that one too. How? By, as Craig says, “Doing nothing in moderation.”

Other things to know about Craig

thousands get and live the life they have always wanted.

the world’s most famous mountains in over 30 countries.

a world championship
in Tae Kwon Do.

in the Minnesota Twins baseball organization.

the Marathon de Sables in the Sahara Desert and over 60 other ultra-marathons.

Even though Craig has accomplished some fantastic feats,
he doesn’t consider himself anything special.

He just lives by the 12 Rules of The Fantastic Life.

The book will be released this week!