by Craig Coppola on April 18, 2022 in Family, Goals, Life Lessons, Self-Discipline, Self-Improvement
Over the next two weeks we will look at making decisions.

This week, I have a great article from Farnam Street on this topic.  Next week, you will get to see a simple Decision Matrix and two questions that help drive decisions. For now, let’s talk about what we need to make decisions:

–Are we being rational? They say below, don’t be unintentionally stupid.  Here is one simple area I do this a lot.  I know I live in Arizona and we have the best weather.  When I pack to travel, I sometimes don’t check the weather where I am going and show up with my Arizona weather mentatilty. Stupid.

–We fail to learn.  I have been repeating the same mistakes with food for a long time.  How about learning from it, Craig??

Now, how do we start making better decisions?

–Prepare smartly—Do your homework.
–Get your decision model out (see next week’s LIFEies)
–Make decisions based on how the world works, not how you want it to.

For this week and next, thinking about how you make decisions should be a regular part of your day.  Reevaluate your process, your model.  Make sure it still works for you now.

Rule # 15  from my book The Fantastic Life: Take the Decision Out of the Moment
We make hundreds of decisions a day — big and small. Having a decision matrix in place to guide you helps you make those decisions faster and with more confidence.

How to Make Smart Decisions Without Getting Lucky

Few things will change your trajectory in life or business as much as learning to make effective decisions. Yet no one really teaches us what it means to make consistently high-quality decisions. 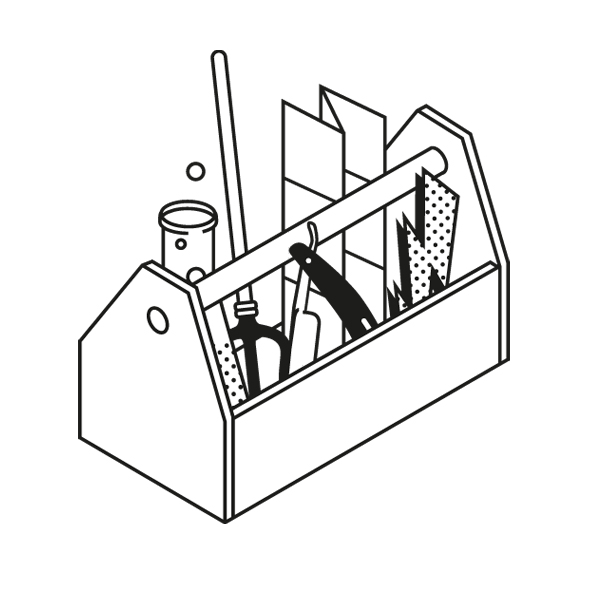 The decision-making principles in this article are both practical and time-tested. They work in the real world.

In this guide, we’ll cover:

No one Taught you How to Decide

I started working at an intelligence agency on August 28, 2001. Two weeks later, the world would never be the same. 1

My computer science degree lost its value after a few promotions. I came from a world of 1s and 0s, not people, families, and interpersonal dynamics.

There is no class called “decision making.” Making better decisions isn’t one skill but rather a series of tools and frameworks. What distinguishes consistently good decision-makers from poor ones is a series of diverse mental frameworks and tools (as well as relevant specific information).

Most of us operate like a carpenter with only a hammer. To a man with a hammer, every problem looks like a nail. No matter the job, we pull out our hammer and attempt to make it work. While a hammer can often get the job done eventually, it comes with a cost. In my world, a poor decision could cost lives, impact my country, or even start a war. A hammer wasn’t enough, I wanted more tools.

To fill my mental toolbox, I looked around my organization and found some mentors. I watched them, asked them annoying questions, and tried to learn as much as I could from them. I went back to school to get an MBA. I read everything I could about making decisions and the tools I needed to develop.

Your Mind is a Pattern Matching Machine

You probably don’t know it but you already think in mental models. Mental models are mental chunks of knowledge that represent a concept. Gravity is a model. So are probabilistic thinking, inversion, and entropy.

Mental models shape how you think, how you approach problems, and how you identify the information that matters and ignore what doesn’t. The mental models in your head are your cognitive skillset.

Think about the state of your life, your career, your business, your major relationships — anything consequential to you.

How many important decisions have you already had to make? With the benefit of hindsight, how well did you make them? 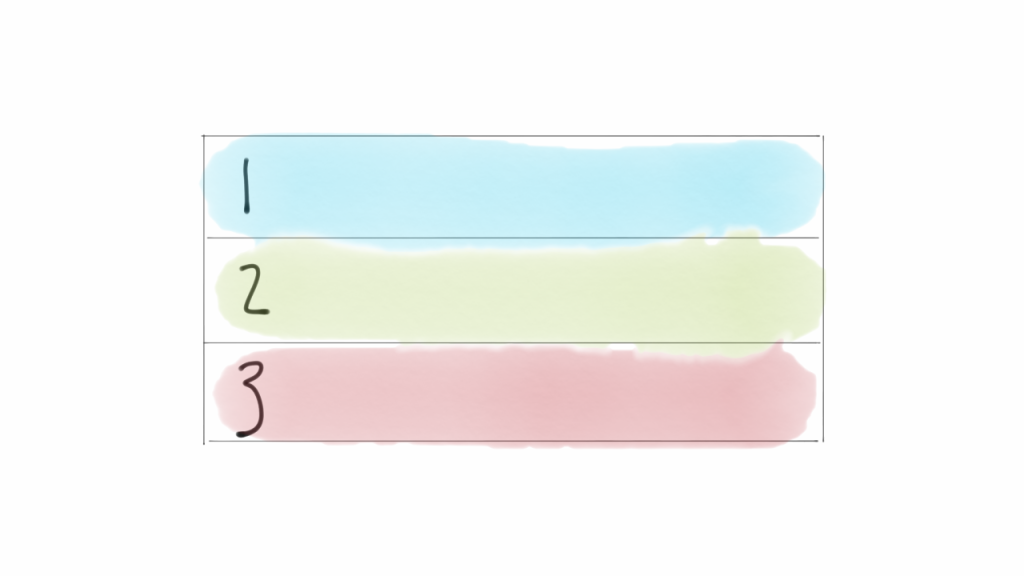 Not all decisions matter. Most decisions, like where to grab a sandwich, are unimportant. The consequences of these decisions don’t matter.

Yet some decisions are critical — they change our lives. Whether its who to trust, where to live, or whom to marry, these decisions reverberate for years.

Yet most of us don’t have the right skills to think through these problems. As a result, we often fall back to the pro-con list, where you list all the positive things that happen on one side and the negative things on the other trading them off.

While useful when deciding what to have for lunch, the pro-con list comes with a lot of blind spots.

“I regard it as a criminal waste of time to go through the slow and painful ordeal of ascertaining things for one’s self if these same things have already been ascertained and made available by others.”

Otherwise smart people can make terrible decisions. Think about decisions like these:

These were catastrophic decisions made by people who were, in some sense, professional decision-makers. They had impeccable credentials and judgment, and yet they made poor decisions due to poor judgment, a too-limited mental representations of the world, or just plain stupidity.

There are a lot of reasons we fail to make effective decisions.

Let’s take a look at five of the biggest ones:

1. We’re unintentionally stupid. I like to think that I’m rational and capable of interpreting all information in a non-biased way but that’s a dream. Cognitive biases are great at explaining how our evolutionary programming leads us astray. Knowledge of these biases in advance rarely helps us make better decisions. There are, however, many easily recognizable situations that increase the odds we’re about to do something stupid. Whether we’re tired, overly focused on a goal, rushing, distracted, operating in a group, or under the influence of a group, we’re more prone to stupidity.2

2. We have the wrong information. Making decisions with the wrong assumptions or facts is likely to lead to disaster.

3. We use the wrong model. We use mental models to make decisions. The quality of those models determines the quality of our thinking. There are a variety of reasons that we use false, incomplete, or incorrect models. Novices are prone to using models that the expert knows are incomplete or irrelevant. The odds of employing the wrong models increase as the pace of environmental change increases.

4. We fail to learn. We all know the person that has 20 years of experience but it’s really the same year over and over. Well, that person is sometimes us. If we don’t understand how we learn, we’re likely to make the same mistakes over and over.

5. Looking over doing good. Our evolutionary programming conditions us to do what’s easy over what’s right. After all it’s often easier to signal being virtuous than actually being virtuous. We unconsciously make choices based on optics, politics, and defendability. We hate criticism and seek the validation of our peers and superiors. We often want to feel good about ourselves first and have the outcome we desire second.

Luckily, we can take steps to reduce the odds of stupidity and increase the odds of good decisions in each of these categories.

“The frog in the well knows nothing of the mighty ocean.”

Intelligent Preparation: The World Is Multidisciplinary

We live in a society that demands specialization. Being the best means being an expert in something. Letters after your name and decades in the trenches of experience are required before you can claim to know anything. In one sense there is nothing wrong with this — specialized knowledge is required to solve problems and advance our global potential. But a byproduct of this niche focus is that it narrows the ways we think we can apply our knowledge without being called a fraud.

So we think physicists can’t teach us about love; mathematicians can’t instruct us on how to run a business; poets don’t know squat about “my life.” And bloggers can’t contribute to philosophy.

I don’t believe this is true.

Knowledge is hard to come by.

It takes work and commitment, and I think we owe it to ourselves to take it out of the box it comes in and experiment with it. We should blow past conformity and apply all the knowledge at our disposal to the problems and challenges we face every day.

Think about it. Over time you’ve picked up a lot of fundamentals about how the world works. You may have read a book about the Manhattan Project and the building of the nuclear bomb that was launched at Hiroshima. This story conveys the awesome power of self-sustaining nuclear reactions. Have you ever thought about applying those ideas to your life? You should.

How We Make Decisions

When was the last time you thought about how you make decisions?

If you’re like most people, you’ve never been explicitly taught how to make effective decisions. You make decisions like a golfer who never took any lessons: miserable with the state of your game and yet not seeking to learn a better swing, and instead hoping for the best every time you lift the club. Hoping that this time your choice will finally work out.

In the early 1980s, Charlie Munger and his partner Warren Buffett realized that a Savings & Loan operation they owned, as with the rest of the industry, was doomed to fail miserably due to forces outside of their control. At a time when almost none of their peers were taking action, they changed course dramatically, massively reducing the effect of the bank’s failure on the rest of their business holdings. These two men knew they had to act much differently than their peers.

It worked: The S&L industry collapsed, yet Munger and Buffett escaped with barely a scratch. They saved themselves a great deal of stress and financial pain by applying a uniquely effective system of organized common sense. In hindsight, it seems like an obvious good decision; at the time, it seemed odd and unusual.

The lesson for us is that the people making consistently good decisions take advantage of how the world works. That’s wisdom.

Real knowledge of the art of decision making, which remains true across time and circumstances, eras and epochs, can help increase the odds that we get what we want and reduce costly mistakes.

While everyone else is guessing, falling into old patterns, blindly following cognitive biases, we can be clear-headed and laser-focused.

That’s what Farnam Street is all about.

Here are some examples of applying — or failing to apply — knowledge about how the world really works.

This website is about understanding and applying these time-tested mental models. Knowing how the world works means that you can stop fighting reality — and yourself along with it.

These thinking frameworks help you look at problems through different lenses.

All of these concepts (and six others) can be found in The Great Mental Models Volume 1: General Thinking Concepts.

Add to your Decision-Making Skills

We compiled a list of 39 of the most helpful books on decision-making. Here are some of my go-to recommendations: