Here is a stat from the article below: The average professional now spends 21.5 hours a week in meetings (up from 14.5 pre-pandemic). Full stop.

Over the past two years during the pandemic and working from home, we have all switched to Zoom meetings AND our time in meetings has gone way up.  Good for you if you need to be in meetings over half of your work week (or 1/3 if you work for our team :)).  For most, this is too much and cuts into work.  What can we do?

–Schedule the zoom/meeting for the time needed.  If it is 5 minutes or 15 minutes, great, don’t just drop an hour in.  Here are two famous people and how they do it.

–Have an agenda shared in advance.  Here is Harvard’s way to do it.

–Make sure you have an impact filter filled out before every meeting. Thank you, Dan Sullivan for this one:  The Impact Filter

Get your life back. Now.

Rule # 15  from my book The Fantastic Life: Take the Decision Out of the Moment
Meetings can be productive, but only if all parties are agreed on the topics to discuss going into the meeting. Take the small talk, fumbling, and dead air out of your meetings and plan ahead.

1:1 meetings are eating your workweek

The calendar app Reclaim.ai found that the average professional now spends 21.5 hours a week in meetings. 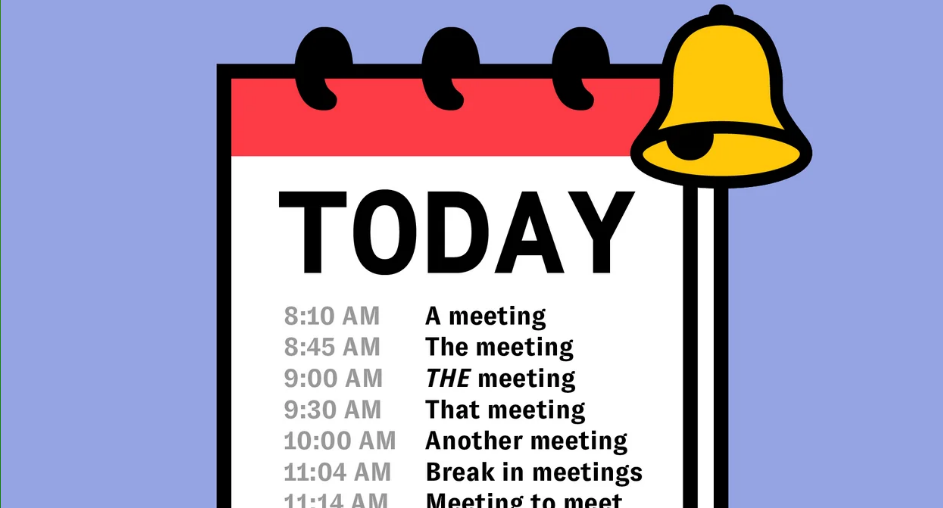 Three meetings a day: Sounds quaint, doesn’t it? In February 2020 — just before the COVID-19 pandemic — that’s how the typical professional’s calendar looked.

By last month, that number had swelled to five meetings per day, according to a new report from the “smart calendar” startup Reclaim.ai that looked at anonymized, aggregated calendar data from over 15,000 professionals.

Meetings now occupy more than half the workweek, with the average professional spending 21.5 hours a week in meetings. Before the pandemic, that number was just 14.2 hours a week.

One-on-ones are taking over the calendar

In particular, one-on-one meetings have been driving this pandemic meeting inflation, accounting for 79.6% of new meetings, Reclaim.ai found.

Last month, the average professional had 5.6 one-on-one meetings per week, up from 0.9 in February 2020. Every week, many of us now have 4.7 more one-on-ones than before the pandemic.

That’s a more than 500% increase — leading one-on-ones to eat up 8.9% of the typical professional’s calendar, according to Reclaim.ai’s research.

Why are knowledge workers having so many more one-on-one meetings?

They can be a stand-in for the kinds of spontaneous check-ins that offices foster — which can take place while grabbing lunch together or meeting at the water cooler, Reclaim.ai co-founder Patrick Lightbody told Protocol. Those aren’t easily replaced by scheduled meetings or instant messages.

“People are trying to recreate those [spontaneous interactions] in various ways, but some of the tooling that they have is fairly limited,” Lightbody said. “People are dealing with a lot of beeps and knobs and various attention-seeking interruptions.”

How to control one-on-ones

Some knowledge workers are doing more “five-minute calls” as opposed to scheduled one-on-ones, which typically last around 43 minutes, according to Lightbody.

“These unprompted, unscheduled, five- [or] 10-minute calls where you work through something and just casually catch up — that’s helped a lot,” Lightbody said.

Cutting out one-on-ones may have an outsized effect on shortening the workday, which grew from 7.5 hours in February 2020 to 8.9 hours in October 2021.

And Reclaim.ai has built a feature to automatically reschedule meetings that have been canceled. More than 42% of one-on-ones are rescheduled every week and 29.6% are canceled, its study found.

The feature, called Smart 1:1s, takes recurring meetings that would typically be scheduled weekly or biweekly and instead finds times at that approximate cadence — maybe every five days or eight days rather than strictly every week — that work for attendees.

For busy people, manually rescheduling meetings can lead to a “domino effect” of having to move obligations around on the calendar and wasting time finding a new slot that works for everyone, according to Shapiro.

“A big part of it is not just taking off the burden of scheduling and rescheduling,” Shapiro said. “It’s also getting ahead of your schedule.“

Meetings could get even more out of control

But in the coming years, as companies transition to meeting in a hybrid workplace, Lightbody expects even more challenges when it comes to controlling meeting creep.

Lightbody has already been hearing reports of people who head into the office only to find the person they were set to meet with isn’t there.

“It’s like, ‘Well, that was the worst of both worlds. It was like working from home, but I had to commute,'” Lightbody said. “I think there’s going to be a lot of demands on coordination.“