by Craig Coppola on August 29, 2020 in Business, Goals, Self-Improvement

A few years back, I wrote a LIFEies on a book by Carol S. Dweck called Mindset on how important having a growth mindset is for living a Fantastic Life.   Carol and Patricia Chen have completed some additional research (here is a link to the published paper), and it turns out having a strategic mindset is critical to hitting your goals.  AND we can develop this mindset by merely asking ourselves some questions throughout the day.  Here are a few:

–Is there a better way?
–How can I do this better?
–Who can help me with this?
–What can I do to help myself?

This is something that I have done every day for decades.  On our team, we have adopted the Japanese term “Kaizen” (this concept has been around for 30 years)–  Everyone, Every Day, Everywhere.  Here is a cool summary video to watch on this topic.

Combining the new research with Kaizen and my takeaways are:

More below in the article by David Robson, BBC.

Rule #17 from my book The Fantastic Life: Life is About Opportunity, Too
Sometimes we get so caught up in our daily routines that we miss the chance to do things better to improve. Don’t let growth opportunities pass you by.

The mindset you need to succeed at every goal

Whenever you read about the secrets of success, you’ll no doubt come across that well-known quote from Thomas Edison, that “genius is one percent inspiration, and ninety-nine percent perspiration”.

While inventing the lightbulb, we are told, he tried 3,000 attempts before finally finding a suitable filament that would glow without immediately burning out. The story is meant to be the inspirational reminder that things like natural creativity are often much less important than dogged determination.

There’s no doubt that passion and perseverance are essential to reaching your long-term goals. But it’s important to remember the strategic process that Edison went through to reach his goal. He didn’t just haphazardly move from one failed design after another, after all, but constantly adapted and refined his ideas. “I would construct a theory and work on its lines until I found it was untenable,” he told Harper’s magazine in 1890. “Then it would be discarded at once and another theory evolved.” At each step of the journey, he was making intelligent decisions that learnt from the failures and built on the small successes.

While others diligently follow the same convoluted path, people with the strategic mindset are constantly looking for a more efficient route forwards

You may not be an inventor tinkering with a new device, but a new study, published in the Proceedings of the National Academic of Sciences, suggests we might all benefit from a similar way of thinking in the pursuit of our goals.

The construct – called the “strategic mindset” – describes the tendency to question and refine your current approach in the face of setbacks and challenges. While others diligently follow the same convoluted path, people with the strategic mindset are constantly looking for a more efficient route forwards. “It helps them figure out how to direct their efforts more effectively,” says Patricia Chen at the National University of Singapore. And Chen’s new research shows that it may just spell the difference between success or failure. 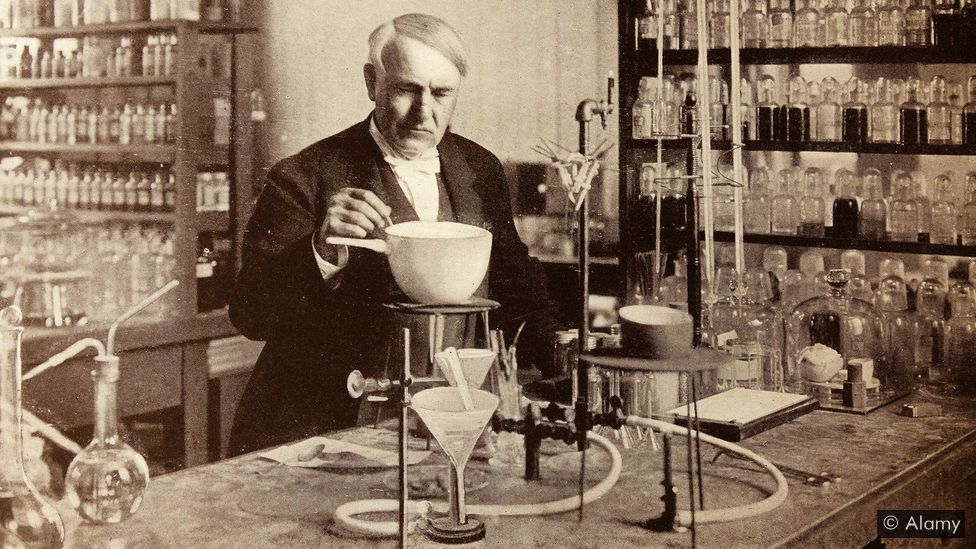 Thomas Edison’s inventions weren’t just strokes of genuis – they were the result of disciplined and strategic thinking and testing (Credit: Alamy)

Chen’s findings build on a wealth of research on metacognition – which is our awareness and understanding of our own thought processes (or, more snappily “thinking about thinking”.) Useful metacognitive strategies would include monitoring your progress in reaching your goal, recognising your flaws and the areas that need improvement and then setting out steps to overcome those challenges.

Suppose you are an expat learning French. Metacognition would help you to recognise that something like self-testing is a better way of learning new words than simply reading vocabulary lists. You might recognise difficulty in following dialogue and decide to spend more time watching French films to improve your ear for the language (rather than, say, fruitlessly focusing on the grammar). You might also set up increasingly difficult challenges – such as embarking on increasingly complex conversations with locals – to improve the fluency of your conversation.

The use of metacognitive strategies is not just a reflection of someone’s raw intelligence. “These strategies explain achievement even after controlling for the effect of IQ,” explains Jean-Louis Berger, at the Swiss Federal Institute for Vocational Education and Training in Lausanne, whose own research has explored different ways of measuring metacognition. 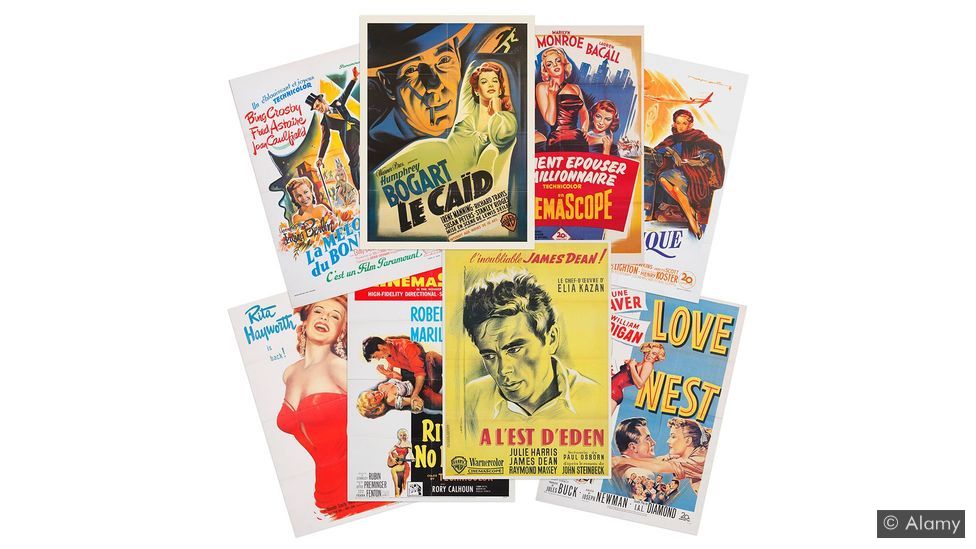 Previous research had demonstrated the importance of metacognition in isolated disciplines – but Chen wondered whether there might be some more general patterns across different domains. Are some people simply more inclined to apply metacognitive strategies in whatever goal they set out to achieve? And if so, could we teach more people to think strategically in that way?

To find out, Chen and her team of researchers put together a questionnaire to test the strategic mindset, and you can try it for yourself below. Simply rate the following statements on a scale of 1 (never) to 5 (all the time):

The higher you score, the more likely you are to have a strategic mindset.

In an initial experiment, Chen’s team asked a group of 365 students to complete the scale in the middle of the autumn semester. As hypothesised, their score predicted their use of various learning strategies (of the kind described above) over the course of the next term, which, in turn, predicted their grades in various classes.

To check if the strategic mindset influenced goal pursuit across different domains, Chen’s team then examined a further group of 356 participants pursuing an educational or professional challenge (such as learning a new computing language) and a health or fitness goal (such as losing weight). Once again, the strategic mindset successfully predicted the participants’ use of metacognitive techniques – like regular, systematic progress monitoring – and, as a result, their overall chances of reaching their both types of goals. Some people seem to take more care in adapting and refining their approach to whatever activity they’re doing – and it makes a real difference to their overall success in apparently unrelated areas of life. 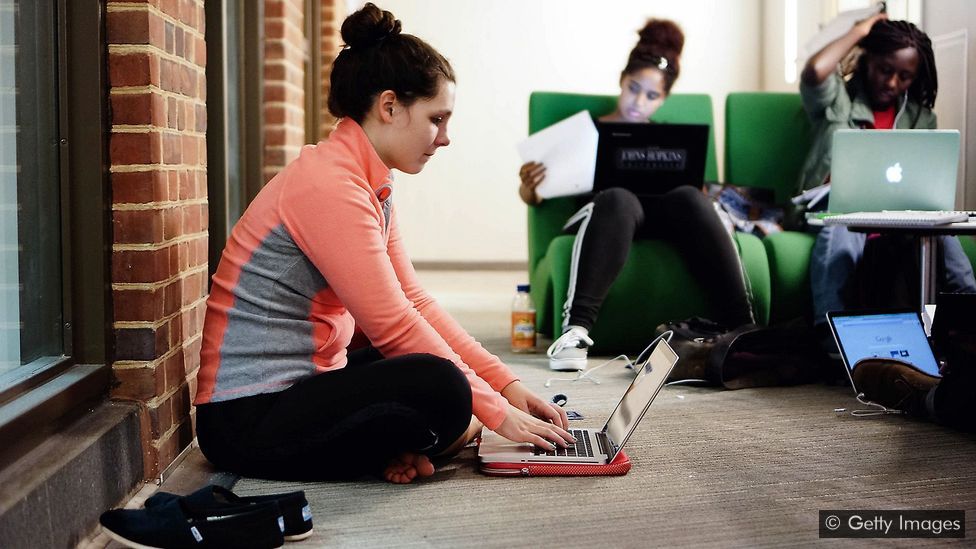 Students who are more aware of their own learning strategies are more likely to get better grades (Credit: Getty Images)

In their final experiment, the researchers tested whether they could prime people with a strategic mindset – and if that in turn, would change people’s behaviour when they faced a new challenge.

The participants first read an article outlining the basic concept of the strategic mindset, which they had to summarise for a potential post on social media. Afterward, they were led to a laboratory filled with a seemingly endless supply of eggs. Their task was the kind of thing that you might learn on the first day of a culinary school: to separate the whites from the yolks as cleanly and efficiently as possible. If any yolk entered the white bin, they were penalised.

While that may sound a slightly eccentric choice, it was chosen precisely because of its surprise value. “We wanted a task that was relatively unfamiliar and challenging for most participants, which had clear performance metrics, and could be accomplished with different methods,” Chen explained. There was no clear “right” answer – participants could strain the egg through your fingers or make a small hole in the shell and letting the white drip through, for example – and so they had to find the best technique that worked for them. “People were very creative when it came to figuring out different ways to do this task efficiently,” Chen says.

Sure enough, the participants who had read the article about the strategic mindset tackled the exercise in a more inquisitive and reflective – making more of the opportunity to explore the different possible methods and adapting their behaviour accordingly. As a result, they outperformed a control group by a significant margin. 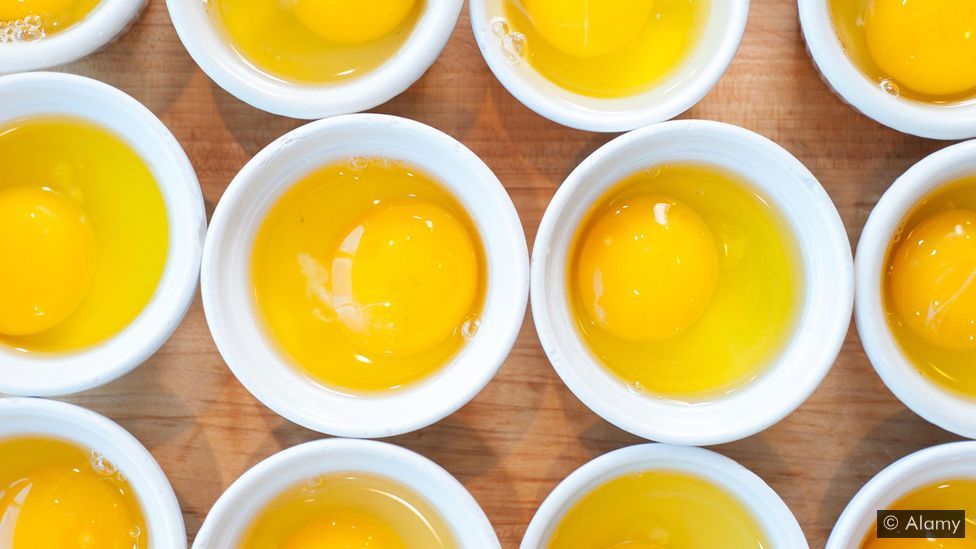 There are many ways to crack an egg – if you’re asked to do it over and over, the way you go about it can provide insight about how you learn (Credit: Alamy)

Besides examining the role of the strategic mindset in goal pursuit, Chen’s studies also examined the constructs relation to various other psychological constructs. She compared it to “grit”, for instance – an increasingly popular trait defined as “passion and perseverance”, which can be measured by rating statements such as “setbacks don’t discourage me”. Grit is known to be incredibly important for people’s various life outcomes, but Chen found that it was largely unrelated to the strategic mindset: each construct appears to contribute separate things to someone’s success.

The results have already impressed Angela Duckworth, a psychologist at the University of Pennsylvania who led the research on grit. “I love this work and have already planned to mention it in my undergraduate course, Grit Lab,” she told me. “In my view grit is about orienting oneself to a really, really long-term goal in pursuing it despite setbacks, while strategic mindset is thinking about any goal, short or long term, in ways that constantly look for efficiency.” Like Chen, she thinks that the two constructs should complement each other. “You could be gritty but not try new and different ways to achieve your long-term goal – that’s not ideal.”

Genius may be one percent inspiration and 99% perspiration, but with some strategic thinking, we can save ourselves a lot of blood, sweat and tears

This first paper was really a proof of concept, of course, and the benefits of the strategic mindset will need to be replicated in different contexts. “What we know now is that adults seem to naturally vary in their strategic mindset, and that a strategic mindset can be taught,” says Chen. The researchers also need to find out how best to teach the strategic mindset, since it may be difficult to lead to long-term change in someone’s long-term thinking. Chen suggests that it could be combined with more general education on metacognition or emotion regulation (an approach that Berger also endorses). Chen is also interested in teaching it in schools. “It is possible that starting young could really help people in the long run.”

If nothing else, Chen’s research should be a useful reminder that our current approach to our challenges isn’t necessarily the best one; like Edison’s designs for the lightbulb, we need to be on the constant lookout for ways to improve. Genius may be one percent inspiration and 99% perspiration, but with some strategic thinking, we can save ourselves a lot of blood, sweat and tears.

← Why Velocity?
Complexities of Meditation →