The Next Frontier of Personal Training: Sleep

by Craig Coppola on December 10, 2018 in Self-Improvement, Sleep

To make change, we need to understand why we are making the change.  If you’ve been a reader of this series, you know that one big change I’ve been trying to make is getting more sleep. Last week, I put together a report on the amount of sleep you should be getting each night (read that LIFEies here).

This week, I have more proof. Below is a graphic that shows all the effects of sleep deprivation. The evidence keeps piling up. We need sleep.
While I don’t have the results from the study, we know:
– stop all electronics 2 hours before you go to bed
– don’t eat and go to sleep (go for a walk after dinner)
– make your room dark and cold
– don’t use your phone as your alarm clock

I could go on and probably will.  Sleep is on my mind a lot. 🙂

Rule #14 from my book The Fantastic Life: There Are Two Types of Pain
If you don’t make a change and start getting an adequate amount of sleep, you’ll regret it in the long run. Health issues, trouble focusing, and more can all be avoided by getting in the right amount of z’s each night.

A FITNESS GIANT EYES THE NEXT FRONTIER OF PERSONAL TRAINING: SLEEPING
HIGH-END HEALTH-CLUB CHAIN EQUINOX FITNESS IS CONDUCTING ITS OWN CLINICAL TRIAL ON SLEEP.

Regular exercise and good nutrition aren’t enough to achieve optimal well-being; Rest and regeneration are crucial too. So, if we have personal trainers for fitness, how far off can the sleep trainer be?

That’s the premise, in part, of a new clinical trial being conducted at the University of California on the effect that sleep coaching can have on heart-rate variability, one prominent measure of health and fitness. The backer of the study is an unlikely institution with a keen interest in those things: Equinox Fitness, the luxury health-club chain.

Sleep coaching has been used to improve the recuperation of professional athletes, and more recently, to help new parents address their baby’s sleep troubles. Like a personal trainer with a focus on the unconscious, a sleep coach can can help subjects achieve habits and hygiene that can lead to quality sleep, its advocates say.

“I have seen changes in sleep hygiene improve sleep efficiency and daytime function many times,” said Dr. Stephanie O. Zandieh, a specialist in pediatric sleep medicine. She explains how sleep hygiene is a set of habits: exercise, consistent wake times, exposure to natural light during the day, and decreased light exposure in the evenings are all known to promote sleep. An effective sleep routine also involves skipping naps during the day, avoiding caffeine, nicotine and alcohol, and not eating large meals before bedtime.

Equinox sees regeneration and recovery techniques, which help the body to repair itself after exercise, as essential elements of its fitness philosophy. “The primary components there would be sleep, tissue manipulation like massage or fascial rolling, and also meditation,” says David Harris, Equinox’s VP of Personal Training, who is spearheading the study being conducted by clinical physicians at the David Geffen School of Medicine at UCLA. The company has funded a clinical study on fitness before, but has not previously studied sleep. 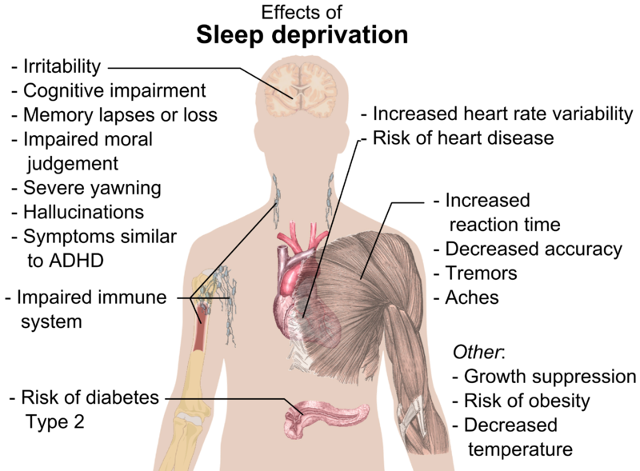 The relationship between sleep and health has been well documented by science, but the mechanisms of sleep remain a puzzle that continues to fascinate researchers. People who sleep for less than seven hours a night, for example, have been shown to be almost three times as likely to catch a cold. Sleep deprivation is associated with all kinds of cognitive impairments. And shift work—more prevalent in the United States than in Japan or most of western Europe—can raise blood glucose levels in healthy young adults to pre-diabetic levels.

“There’s a lot of information out there that suggests that seven to nine hours of sleep a night is going to be highly beneficial for most people in terms of their cognitive ability, motor function, and their ability to recharge,” says Harris. “What nobody has really done is look at the relationship between sleep and heart-rate variability and, as a result of that, better recovery.”

Heart-rate variability (HRV) measures variations in the intervals between individual heartbeats: The higher your HRV, the healthier you’re thought to be. A heartbeat as regular as a metronome is not, in fact, a good thing. High variability of heart beat indicates a good level of general health and fitness and the ability to recover quickly from physical or mental stress. But HRV tends to decrease during strenuous exercise, mental stress, and activation of the sympathetic (or “fight and flight”) nervous system. In athletes, a low HRV can indicate overtraining. “People who are exercising have a different amount of stress because the exercise, depending on the intensity, is its own form of stress,” says Harris.

“To determine if sleep coaching can increase HRV in physically active people, Equinox didn’t have to look far for test subjects. The company recruited 44 members aged between 25 and 40. All participants were outfitted with a fitness watch with an accelerometer to measure movement, including movement during sleep, and a strap with an HRV gauge. For 12 weeks, participants will receive three personal training sessions of 30 minutes per week, nutritional counseling and sleep coaching.”

All participants have been screened for sleep disorders. “The people we are looking at are just the average healthy sleeper who may not have the right sleep hygiene,” says Harris. “Maybe their room isn’t cool enough. Maybe the bed isn’t comfortable enough. Maybe there’s too much light in the room. Maybe they are using electronic devices before bed.”
To illustrate the effects of better sleep hygiene, Zandieh gives the example of a 15-year-old patient who was unable to fall asleep before 1 a.m. On weekdays she had trouble waking up at 6 a.m. for school. On weekends, she woke at 10 a.m., feeling refreshed.

“Her case is a classic example of delayed sleep phase syndrome [DSPS], ” says Zandieh, “which occurs when the internal clock is shifted late, and most often occurs when a person has weekday and weekend wake-up times that differ by more than one to two hours. The body picks the later schedule to set the clock.”

The patient’s sleep treatment included eliminating all screen time two hours before bedtime and establishing a consistent morning wake time across both weekends and weekdays, which helped her readjust her internal clock to match her school schedule.

Equinox expects to complete its sleep study by the end of summer 2015. And as their days become more crowded, its customers might start to see sleep coaching sessions as another option.

← More On Sleep
Hiking and Being Ahead of the Curve →